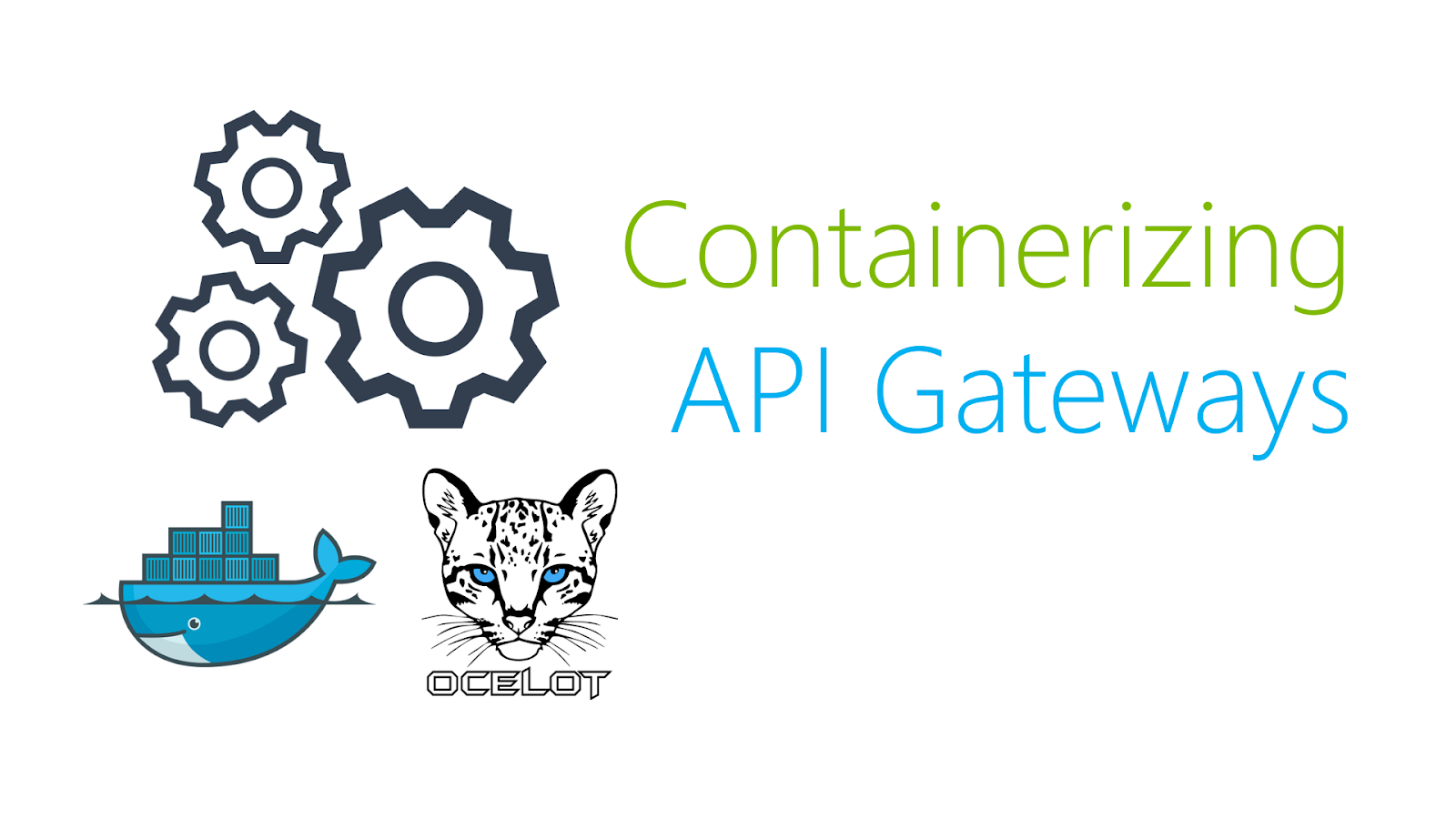 In the previous article, we've learned how to utilize rate limiting for establishing a basic defense mechanism against DDOS attacks. In this article, we will explore how to containerize ASP.net core web APIs and the value that it adds when working with API gateways.

Articles in the Series

This article belongs to a series of articles that explains the importance of API gateways and how to build them using ASP.net Core. If you're interested to learn more about API gateways, it might be a good idea to spend some time reading the articles listed below.

However, as a software developer, I personally find infrastructure building and application deployment as the most annoying of all the phases because it's the phase where you are often presented with challenges associated with environment differences and configuration problems. 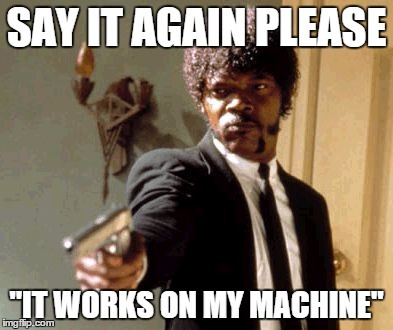 Having said that infrastructure setup and application deployment requires a lot of patience, the concept of Infrastructure as Code was formed.

Infrastructure as code is an approach to automate infrastructure provisioning based on practices from the software development world. It emphasizes repeatable and consistent routines for spinning up and updating existing software systems and their configurations. Changes are often made to definition files and then rolled out to systems through automated processes that include thorough validations. These definition files can then be stored on version control systems which gives you the capability to roll back your infrastructure.

In the context of building API gateways and microservices, Docker is one of the tools that we can use to implement infrastructure as code. Docker provides software developers a nice and terse way to express environment conditions required by their applications to run in the form of Dockerfiles.

Application containerization is the process of packaging a software together with the environment (includes OS, application dependencies, sidecar services, environment variables, etc) it requires in order to run.

An application can be containerized with the help of Docker Build command. A Docker build command takes a Dockerfile which contains all terminal commands required to package your software. The result of the build process is called a docker image which is used to instantiate an application container (Instance of an application and its environment) in a couple of seconds.

The capability to instantiate an application from a container image is an extremely helpful capability as it enables you to launch, destroy and re-create multiple independent instances of your application (APIs in our case) depending on the demand.

Containerization (aka dockerizing) alone is a huge topic that we can't tackle in a single article. Instead, we'll focus on minimal yet important concepts associated with the containerization process of ASP.net core apps and API gateways.

Below is a list of terms that you may want to understand for you to be able to containerize an API Gateway. 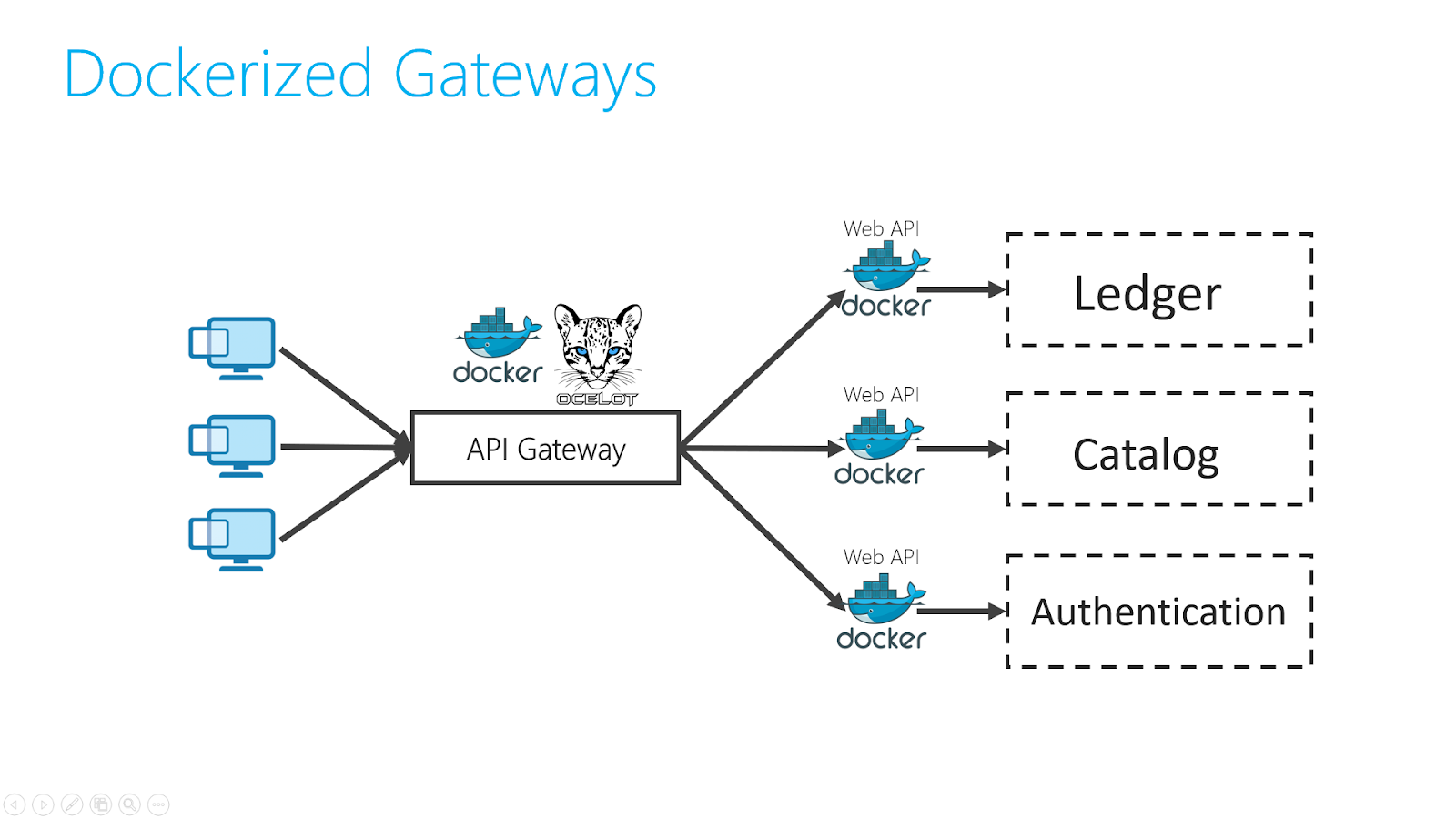 The image above shows the architecture of the API gateway that we'll containerize. The application contains three sub-domains (Authentication, Ledger and Catalog) that were aggregated by an API gateway. If you're interested in checking the whole source code, the demo application is available in GITHUB. Please do feel free to clone and work on it as you wish.

DISCLAIMER: This article will focus plainly on performing a basic containerization of each of the downstream services and the API gateway itself. We would cover more advanced ways and techniques on how to containerize our API gateway on the upcoming articles (Use of docker compose, alpine images, orchestration via Kubernetes, etc).

Download a copy of the previous article's repository from GITHUB. You can use it as a starting point in replicating the following steps in this article.

Step 1: Creating a DNS record for your computer

Add an entry to the host file of your local machine that points to the demo.api.gateway. This will be the URL that the API gateway container will use to route incoming HTTP requests to other containers in your computer. Later in this series, we will explore all the service discovery options that we can utilize to avoid doing this dirty approach.

Step 2: Utilizing Kestrel and enabling external access to endpoints over the network

In order for each services (enclosed on their own sandbox) to communicate over the network, we have to configure kestrel to accept external traffic originating from the network with the use of the code below: Hard coding the URL is considered bad and was just done for the sake of brevity of the article.
You'll also need to disable firewall settings to accept incoming HTTP traffic over the network on the ports used by the downstream services and the API gateway. You can do this by using the use of the command below:

In order to containerize our API gateway and downstream services, copy the Dockerfile below and replace the template values (aspnetapp.dll) with the appropriate values for each of the downstream services and place them under the root folder of each service project. If you are a developer that previously worked with Java or NodeJS, you'll observe that this Dockerfile is way bigger (for good reasons) compared to the ones used for containerizing NodeJS and Java apps. This is due to the fact that Microsoft had introduced a separate docker image for development, compilation, and publishing to achieve smaller docker images.

Copy the script below on your solution directory and execute it. The script will build a docker image for each of the downstream services + one for your API gateway. These images will then be stored in your local image repository. You can verify if all of your images are built using the command below:

To run the API gateway and its downstream services, we need instantiate our application container instances, you can use the script below to bootstrap all of them at the same time.

To verify that all endpoints are working on your machine (Damn), you can open the following endpoints listed below:

Step 8: Cleaning up the Artifacts

If want to clean the artifacts produced by the containerization test that we've performed, I've setup some bash scripts to remove the containers and images that we built for this POC.

Our API gateway is up and running, however, we still have some areas in our containerization approach that can improve:

In this article, we've learned about the importance of infrastructure as a code approach and application containerization. We've also learned how to perform basic containerization of an API gateway and its downstream services. In the next article, we'll explore how to use Alpine base image to produce lower container image footprints.

Get Some Cool Stuff From Amazon!

Popular posts from this blog 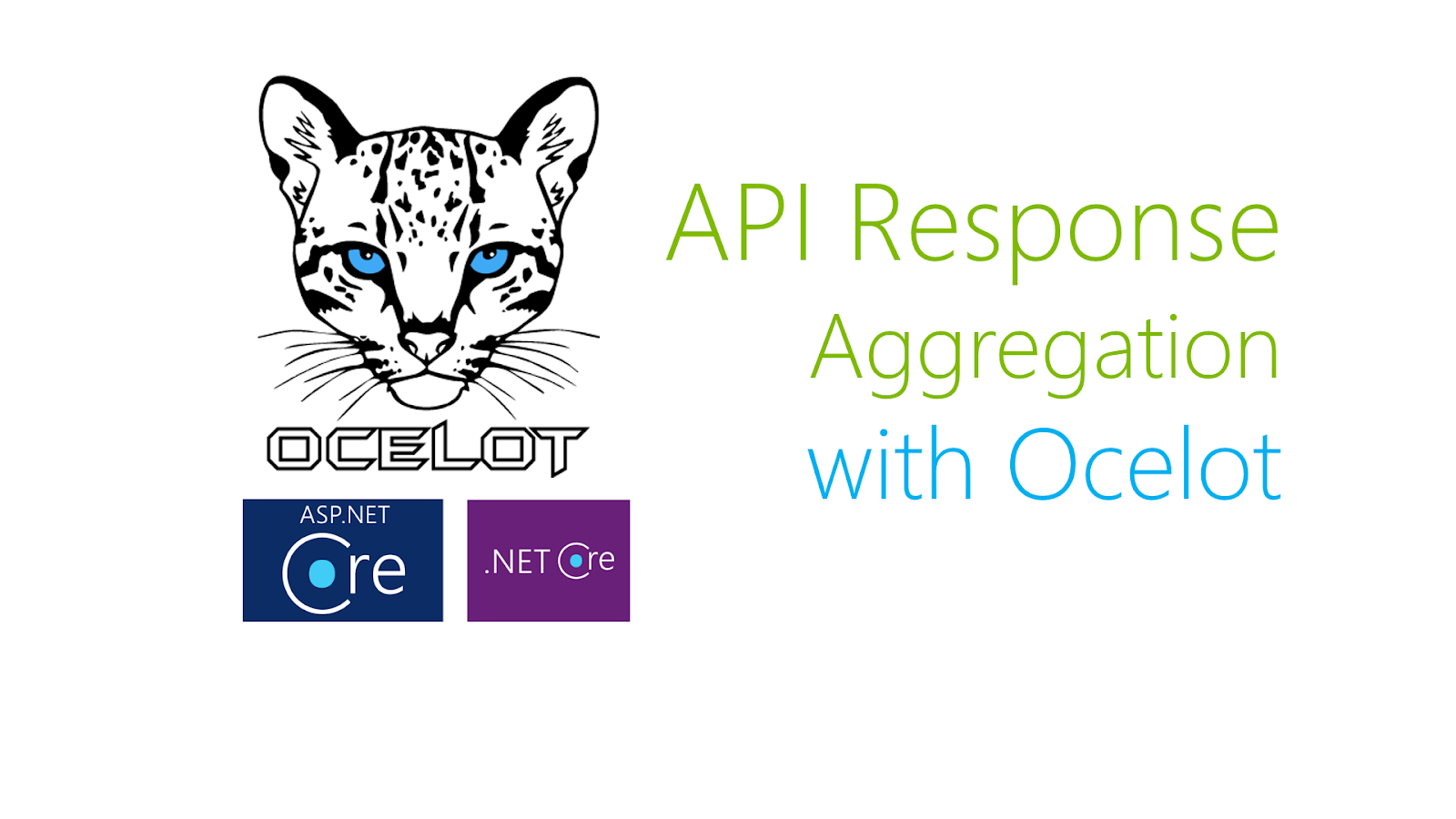 In the previous article, we've learned how to setup an API gateway using ASP.net Core and Ocelot. This article supplements the previous article by introducing downstream response aggregation through the use of API gateways. You can download the application used in this article by cloning it from GITHUB. Articles in the Series This article belongs to a series of articles that explains the importance of API gateways and how to build them using ASP.net Core. If you're interested to learn more about API gateways, it might be a good idea to spend some time reading the articles listed below. Part 1: API Gateway in a Nutshell. Part 2: Building Simple API Gateways with Ocelot. Part 3: API Response Aggregation using Ocelot Part 4: API Defense using Rate Limiting and Ocelot. Part 5: Containerizing API Gateways …
Read more

API Gateway in a Nutshell 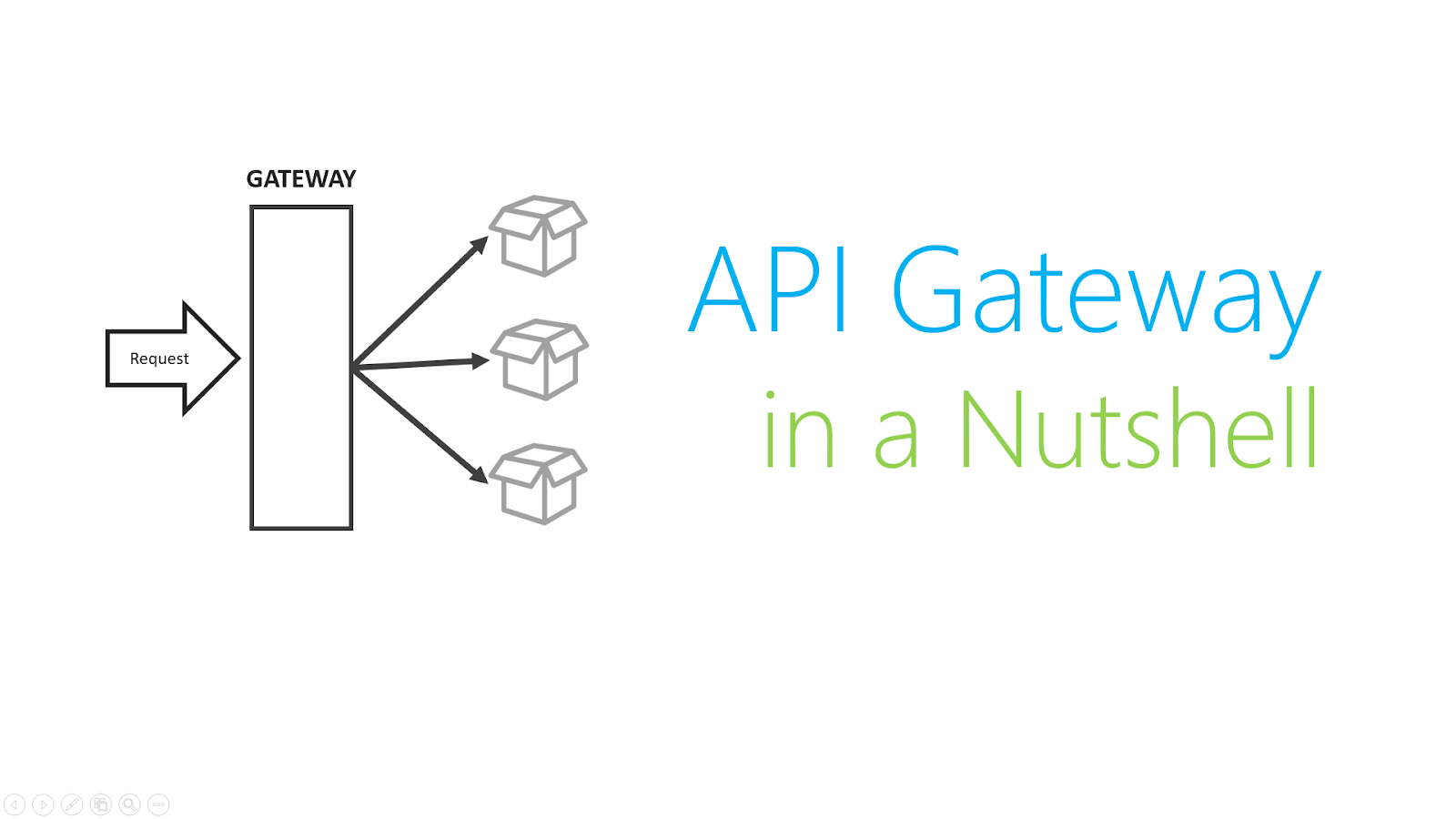 In this article, we will explore what are API gateways, the use-cases that you wanna solve with it and the benefits that you rip out of using them. This will be an introductory post to a series of articles that will showcase API gateway development using ASP.net Core, NodeJS and Docker. Articles in the Series This article belongs to a series of articles that explains the importance of API gateways and how to build them using ASP.net Core. If you're interested to learn more about API gateways, it might be a good idea to spend some time reading the articles listed below. Part 1: API Gateway in a Nutshell. Part 2: Building Simple API Gateways with Ocelot. Part 3: API Response Aggregation using Ocelot Part 4: API Defense using Rate Limiting and Ocelot. Part 5: Containerizing API Gateways Part 6: Containerizin…
Read more 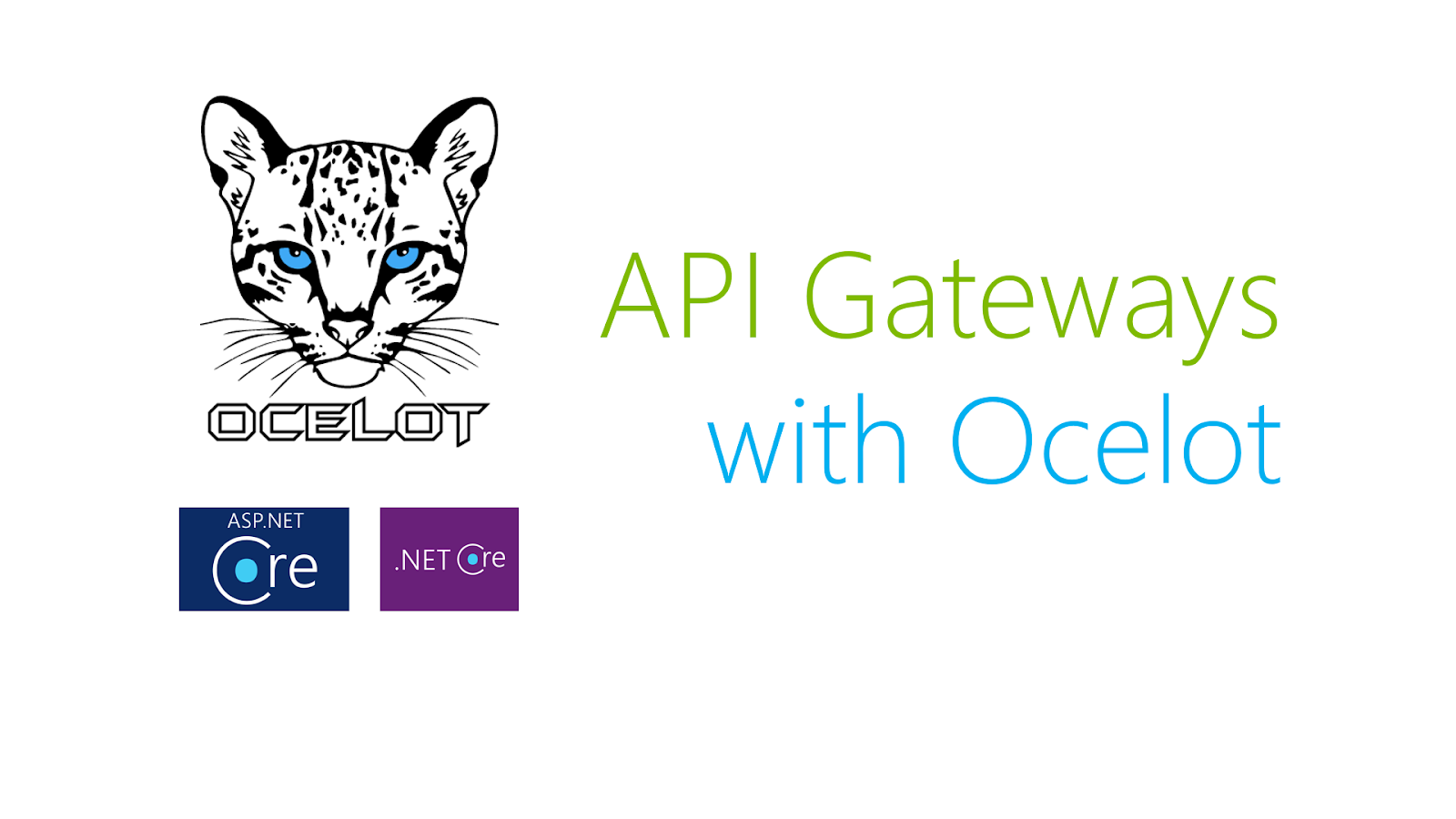 In the previous article, we've discovered what is an API gateway and the cool things that it brings. This article will demonstrate how to build a simple API gateway that routes incoming HTTP requests to the appropriate downstream services. Articles in the Series This article belongs to a series of articles that explains the importance of API gateways and how to build them using ASP.net Core. If you're interested to learn more about API gateways, it might be a good idea to spend some time reading the articles listed below. Part 1: API Gateway in a Nutshell. Part 2: Building Simple API Gateways with Ocelot. Part 3: API Response Aggregation using Ocelot Part 4: API Defense using Rate Limiting and Ocelot. Part 5: Containerizing API Gateways Part 6: Containerizing API Gateways using Alpine Base…
Read more

Microservices: Picking the .NET Framework for your containerized applications. 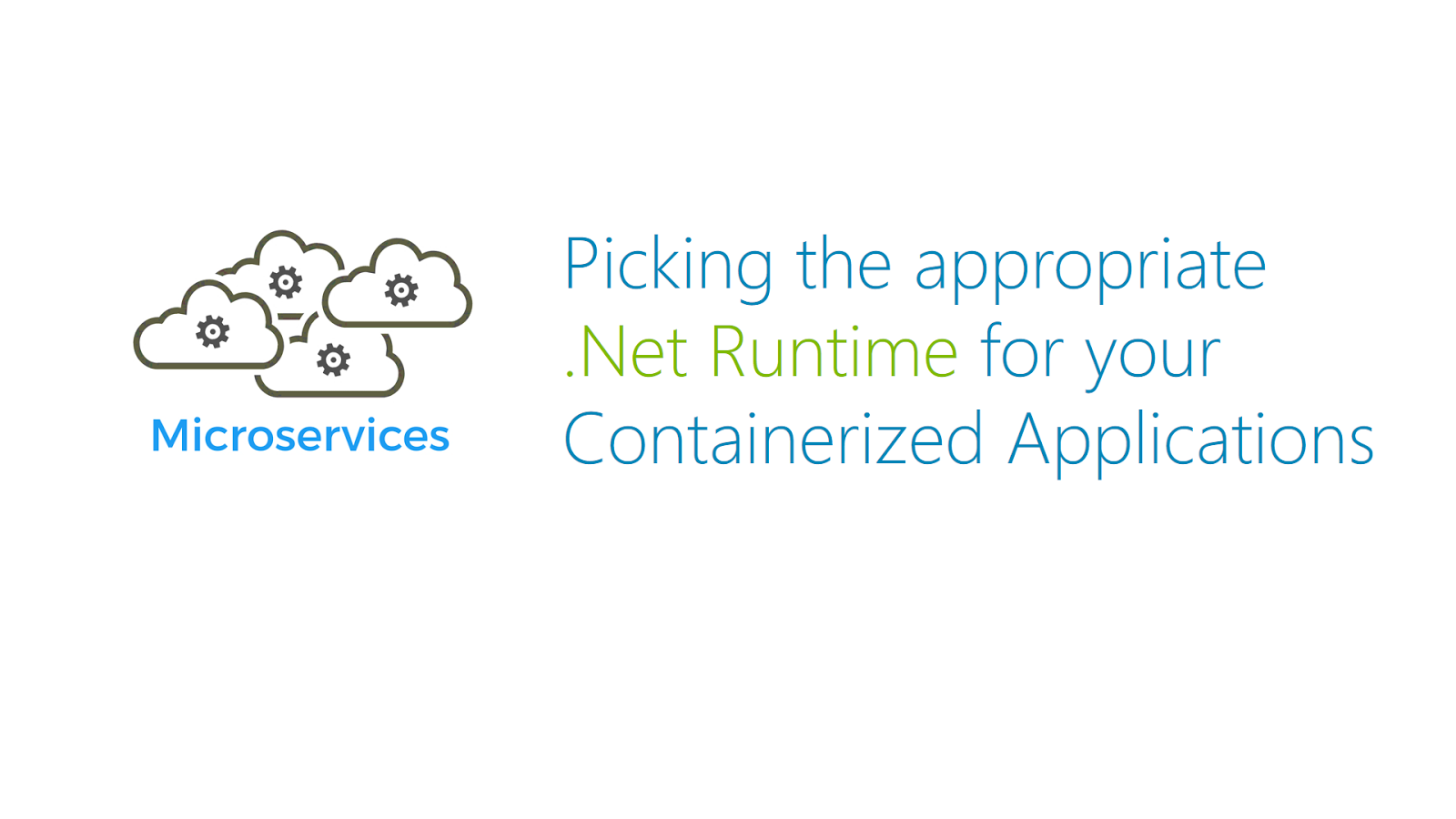 The objective of this blog post is to explain the factors that should be considered when picking a framework for a .net application that you intend to deploy in containerized fashion. .Net Core Generally, .Net Core is the preferred option when building applications that were intended to be deployed in containers due to the fact that .Net Core is built using modular architecture (.net core app images contains only the dependencies it requires to run). .NET Core apps are packaged using Windows Nano Server which is a far smaller compared to the OS required by the standard .NET runtime (Windows Server Core) therefore producing lighter images (end product of building containerized application). On the image above, you will see an image built for .Net Core app that prompts "Hello World". Please take note of the size of the image (251 MB) as it would be critical to demonstrating the difference of the two frameworks. Download Demo Apps from GITHUBWhen to pick .…
Read more